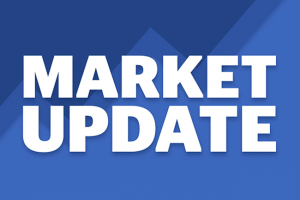 Mortgage Rates have generally been moving sideways for the past 2 weeks.  This has accomplished a twofold goal of coming to terms with the strong gains seen in May as well as preparing for tomorrow’s hotly-anticipated announcement from the Fed.  It has been and continues to be the case that any major surprises (or even minor surprises) from the Fed could have big, immediate effects on rates for better or worse.  But just as the sideways momentum was about to lull us to sleep this week, central bank news from across the Atlantic stepped up to change the field of play today.

European Central Bank (ECB) President Mario Draghi delivered a speech this morning in which he laid out the likelihood of additional stimulus measures including rate cuts deeper into negative territory.  European bond markets surged and US bond markets (which dictate interest rates) surged nearly as much.  Mortgage lenders have done a fairly good job of adjusting to the changes in the market with the average lender very close to the long-term lows seen 2 weeks ago.

Mortgage Rates Hit 2 Week Lows Ahead of The Fed

How hard is your Loan Officer Working for You?

How hard is your Loan Officer working for You? In what appears to be a…

What to expect after your offer is accepted

Did your offer get accepted?  If so, congratulations!!! One of the first major items in…