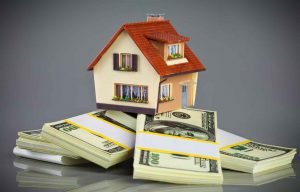 Starter home inventory on the rise

Housing inventory has finally stopped its longstanding decline. And even better for first-time homebuyers, starter home inventory is actually on the rise.

Because the number of newly listed home actually declined, Felipe Chacon, housing economist for Trulia, says the jump in supply is likely a sign of declining homebuyer demand

“By some traditional measures, the number of homes available for sale is actually on the rise in many expensive, supply-constrained metros,” Chacon said. “But in some cases, inventory growth seems to be driven more by ebbing demand rather than an infusion of new supply.”

Where home inventory is up the most

Inventory jumped the most in San Jose, California, where total home supply increased 55.4 percent over the year. Stater home inventory rose 78 percent in the city.

“The 10 markets with the largest gains in inventory are also among the nation’s most expensive housing markets,” Chacon said. “But even in these markets, dramatic increases in inventory — especially among starter homes — have yet to stem the tide of declining affordability.”

Mortgage interest rate predictions: Will rates go down in April 2022?

Selling your home this year? Listing on a Thursday in late April brings the greatest reward

Selling your home this year? Listing on a Thursday in late April brings the greatest…

Renting a home is even harder than buying one in hot U.S. market.

Renting a home is even harder than buying one in hot U.S. market. Bloomberg News…

Back To Top
×Close search
Search